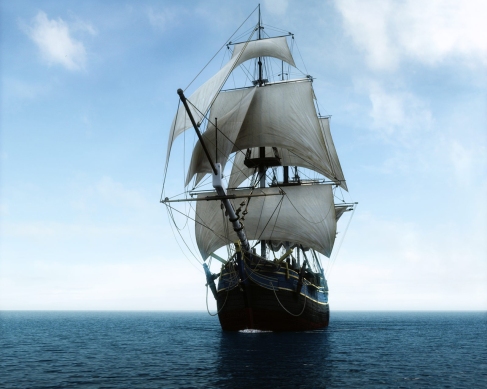 The Queen Anne’s Revenge just keeps giving us gifts from beyond the grave. Although it’s rusty now, this 2,000 pound cannon might have threatened the biggest British man o’ war–although from what I’ve read, Blackbeard much preferred intimidation tactics over out-and-out dogfights (thus the beard!) 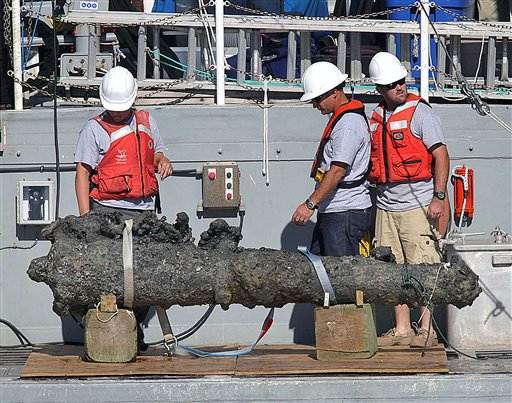 Before you get all excited, to clarify, the dive team off the coast of Panama (funded by guess who), said they only thought they might have found a part of Capt. Henry Morgan’s ship, which supposedly sank in 1671 while defending Panama City against Spain while working as an English privateer.

The handsome young Welsh scion Henry Morgan, before he became the scallywag we all know and love.

They recovered a bunch of coal-encrusted boxes and chests, which probably (sigh) don’t contain treasure. Still, I think that’s worth raising a glass of rum to, don’t you?

If you’re craving a pirate fix (and let’s face it, if you’re living in Denver, you probably are) you can head to the Denver Museum of Natural Science, where the Real Pirates immersion exhibit tells the tale of the Whyda, the slave-ship-turned-pirate-ship, commanded by Capt. Sam Bellamy, that sank in 1717 off the coast of Cape Cod and is, to my understanding, the first pirate shipwreck ever discovered in North America.

On display: treasure the Whydah was carrying from over 50 different plundered ships. You also get to meet a Real Life Pirate Princess and Sweet Polly Oliver, Joquette Devereaux, who grew up on Hispaniola, the daughter of a cartographer, and joined the Whydah crew dressed like a man.

Find out more at the official site above. But you have to make it in before August 21, when the traveling exhibit heads to my current neck of the woods, Minneapolis.